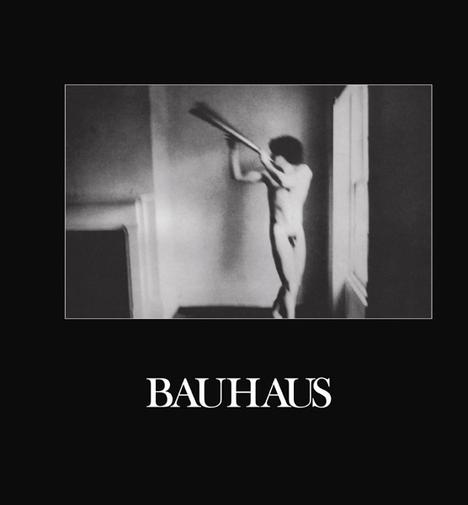 In the Flat Field is the debut studio album by Bauhaus. It was recorded between December 1979 and July 1980, and was released on 3 November 1980 by record label 4AD.
The album is considered one of the first gothic rock records. Few debut albums ever arrived so nearly perfectly formed; that In the Flat Field practically single-handedly invented what remains for many as the stereotype of goth music -- wracked, at times spindly vocals about despair and desolation of many kinds, sung over mysterious and moody music -- demonstrates the sui generis power of both the band and its work. This said, perhaps the best thing about the album isn't what it's supposed to sound like, but what it actually does -- an awesomely powerful, glam-inspired rock band firing on all fours, capable of restraint and complete overdrive both, fronted by a charismatic, storming frontman. Starting with the challenging angst of "Double Dare," with shattering guitar over a curious but fierce stop-start rhythm while Murphy rages ever more strongly over the top, In the Flat Field contains a wide variety of inspirations and ideas. The astonishingly precise rhythm section of David J and Haskins pulls off a variety of jaw-dropping performances, including the high-paced tension of the title track and the brooding crawl from "Spy in the Cab." Ash, much like his longtime hero Mick Ronson, turns out to be a master of turning relatively simple guitar parts into apocalyptic explosions, from the background fills on "St. Vitus Dance" to the brutal descending chords of "Stigmata Martyr." Murphy, meanwhile, channels as much Iggy Pop as he does Bowie, proving to be no simple copyist of either, able to both maniacally sing-shout and take a somewhat lighter touch throughout. Concluding with the seven-minute "Nerves," an aptly titled piece that alternates between understated energy and unleashed power toward a dramatic ending, In the Flat Field started off Bauhaus' album career with a near-perfect bang.

​bauhaus "in the flat field"